FAITH & FREEDOM COALITION RESPONDS TO THE CASE OF AHMAUD ARBERY

DULUTH, Ga. – On behalf of the Faith & Freedom Coalition, Chairman Ralph Reed released the following statement on the case surrounding the murder of Ahmaud Arbery: “The verdict in the Ahmaud Arbery case cannot bring him back, but we… View the 2021 Virginia Candidate Scorecards for Governor, Lt. Governor, and Attorney General, for the upcoming election in Virginia on November 2nd.

“The future of abortion rights in the U.S. is now before the Supreme Court, where the 6-3 conservative majority may be poised to strike down or severely limit the impact of the landmark Roe v. Wade decision legalizing the controversial procedure.” ... See MoreSee Less

The future of abortion rights in the U.S. is now before the Supreme Court, where the 6-3 conservative majority may be poised to strike down or severel...
View Comments

The U.S. has the opportunity to help lead the Middle East into an era of peace with the bipartisan Israel Relations Normalization Act of 2021, H.R. 2748, but the Biden Administration has all but ignored this monumental step forward in foreign policy.

Read more about why Faith & Freedom Coalition Executive Director Timothy Head believes it’s crucial that we remove the issue from the realm of political parties and cheap campaign promises for the good of the U.S. and Middle East: ... See MoreSee Less

A chance to set aside partisanship and help the Middle East

Former President Donald Trump oversaw the signing of the Abraham Accords, the first Middle East peace agreement in decades. It was a monumental achiev...
View Comments

The Abraham Accords was a peace treaty between two countries that never were at war. It formalized trade relations long in practice.

Do you recognize other religions? Not everyone is Christian .. actually most of the world is not

Do you think inflation is a problem right now? Get ready for it to be worse. ... See MoreSee Less

Build Back Better will only make Bidenflation worse

Consumers already have been suffering from near-record high inflation for months now, and today’s Black Friday Christmas shopping will deliver only ...
View Comments

I hope no one expects the one that created the problem to solve it (unless you’re a Democrat with no connected brain cells.)

BBB will add jobs, increase wages, and by doing so increase demand for goods and services. Increased demand causes increased prices=inflation. The causes of inflation are mostly good — unless you do not like prosperity. Inflation is only bad when it exceeds increases in wages over the long term.

Bidenflation would still be much better than Trumpsurrection. Next election all radicals, left and right need to be voted out.

PLEASE JOE KEEP ME IN UR LOOP, CAN HARDLY WAIT FOR THE PRIVILEGE OF BEING ONE OF YOUR PALBEARERS, AND UR CELEBRATION OF LIFE PARTY.

Why would Anyone expect it to get better, with a MORON in office????????

Hey Joe,close the F,ing southern border. You are an idiot. Stop destroying the USA!

“A school administrator in Indiana was locked out of his email and banned from school grounds Wednesday after leaking information that students were being instructed in critical race theory ideology.” ... See MoreSee Less

A school administrator in Indiana was locked out of his email and banned from school grounds Wednesday after leaking information that students were be...
View Comments

Should never be taught that in school! Kids should be taught basics like we all were! Reading, writing, spelling, arithmetic, science, geography, and all the other basics! Leave socialism and race out of it!

OK, parents. Pull your kids out of that school system. Group together to teach one subject each and educate your kids. When schools don't have enough students, they close down for lack of funding. Elect better school board members and triumph in this battle against our nation's values. Easier said than done, but your children are worth it.

Who are the REAL Fascists in this country? Trumpers? Heck no.

Something has to be done 🤷‍♀️

Americans take your public schools back!!!

CRT It's not taught by teachers, the youth have figured it out all by themselves. Not only do high school students run their own television station's they have made movies and projects on these uncomfortable historical times. To ban UNCOMFORTABLE HISTORY like some would have us do, would be a tragedy. Those YOUTH projects would have to be destroyed, removed and banned just like the 1930's all over again. CRT? What's with all the Republican loyalty to the Democratic party lately? Why would you want to hide their horrific PAST in history just to protect a few? Imagine Red States being so ashamed of their history they make laws forbidding the teaching of it. Didn’t the Civil War and the 13th, 14th and 15th amendments deal once and for all with the problem of racial oppression in this country? Of course not. Reconstruction was cut short when southern states were allowed to establish a system of Jim Crow segregation that endured for nearly a century. High School Seniors are not only learning about our uncomfortable past and history, they are making films and writing books on it. BANNING history, forcing teachers to ignore uncomfortable times in our nations past, ripping history books from the hands of our High School youth in 2021 to please a few, is a tragedy. Today's High School Students are much smarter than you think. We should not allow a few people to go into our schools and remove history, books, term papers anything they feel uncomfortable with. When will it stop? It won't. Many Students have written books and papers on this dark time in our history and to allow a few people to go into our schools and remove that history, would be like the 1930's all over again. After they ban this, they will keep banning anything they feel uncomfortable with if a few get their way. 'THOSE WHO DO NOT REMEMBER THE PAST ARE CONDEMNED TO REPEAT IT.'

Hitler brown shirts want to force their Marxist ideology down out throats. This is not Jesus way

I support this teacher. Marxist alive in our school system

Clinical anxiety? Are you kidding me? Has everyone gone crazy in this school?

Abortion kills innocent children, and let’s not forget it hurts women too.

“The future of abortion rights in the U.S. is now before the Supreme Court, where the 6-3 conservative majority may be poised to strike down or severely limit the impact of the landmark Roe v. Wade decision legalizing the controversial procedure.” 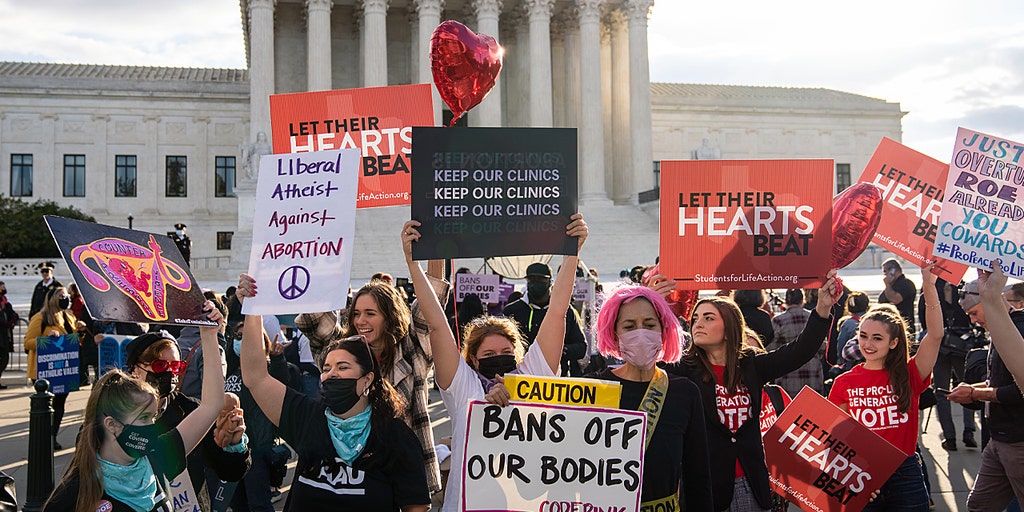 The future of abortion rights in the U.S. is now before the Supreme Court, where the 6-3 conservative majority m...

The sun will no more be your light by day, nor will the brightness of the moon shine on you, for the Lord will be your everlasting light, and your God will be your glory.

The bipartisan Israel Relations Normalization Act is an opportunity for the U.S. to help lead the Middle East into an era of peace.

Read more from Timothy Head on why it’s crucial we remove the issue from partisan politics and cheap campaign promises: 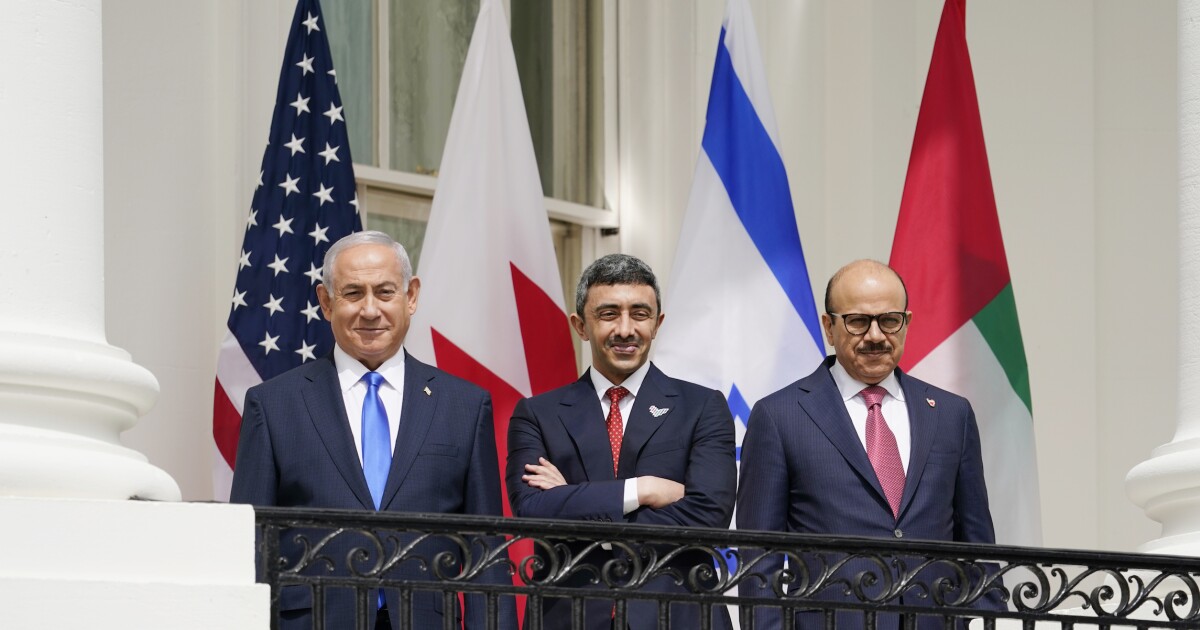 A chance to set aside partisanship and help the Middle East

Joe Biden is attempting to shift the blame for the inflation his agenda is causing.