2014 Grammys: The Latest Attempt to Push the Liberal Agenda

At the 2014 Grammy Awards this past Sunday night, we witnessed the latest example of the music and entertainment industries pushing an extreme agenda that undermines the traditional family and the institution of marriage.  From the opening act, the Grammys assaulted a nationwide television audience with images inappropriate for children when singer Beyonce performed a sexually suggestive and explicit routine wearing nothing but a thong outfit that left little to the imagination.  Later in the program, when Macklemore & Ryan Lewis performed “Same Love,” an anthem promoting gay rights and same-sex marriage, a live wedding ceremony that included same-sex couples was performed.  This attempt to use an awards program for the music industry to promote a liberal secular political agenda is offensive to millions of Americans.  In spite of courts in states from California to Iowa and Utah imposing same-sex marriage by judicial fiat, the American people are divided on the issue and the vast majority of states define marriage as the union of a man and a woman.  We count on musicians and singers to entertain and inspire us, not shock our sensibilities, desensitize our children, and attempt to shove a political agenda on the American people.  The Grammy Awards were a sad demonstration of the drift of our culture. 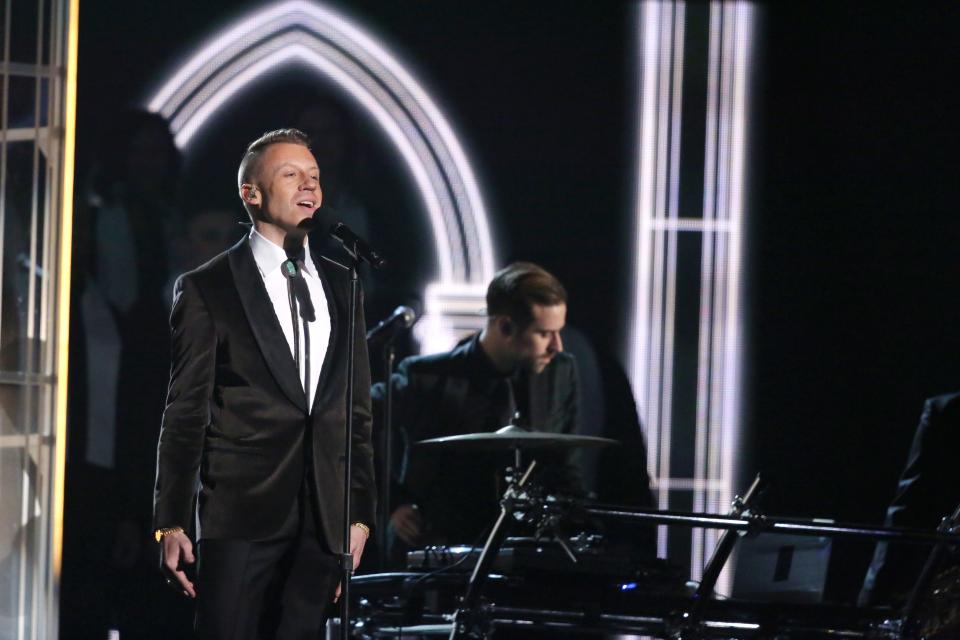